The Beatles are arguably the most famous, critically-acclaimed, and successful rock band of all time—certainly the preeminent group of the 20th century. They started out as four teenagers playing grimy basement clubs in Liverpool and Hamburg, but they progressed to become world-beating rock stars who are still influential to this day.

John Lennon first formed a skiffle group called The Quarrymen in March 1957. A fifteen-year-old Paul McCartney joined shortly thereafter, eventually inviting his friend George Harrison to audition for the band. After finally impressing John with his guitar skills, George was asked to join—but this juncture would be short-lived as John’s departure to college signaled the other quarrymen to go their separate ways.

By 1960, Lennon, McCartney, and Harrison had re-branded from ‘Johnny & the Moondogs’ to ‘The Silver Beetles’ at the behest of their new bass player, Stuart Sutcliffe. The name would eventually evolve into ‘The Silver Beatles’ by July of that year, before settling on ‘The Beatles’ come August—just in time for their trip to Hamburg with new drummer, Pete Best. Though club residencies in Germany would prove fundamental to the group’s progress as a whole, the tour turned out to be a blessing and a curse, following the deportation of a then-seventeen-year-old George Harrison, and the eventual tragic death of Stuart Sutcliffe.

Upon returning to Liverpool and regrouping, they would develop an ongoing relationship with local record store owner Brian Epstein, beginning in late 1961; eventually signing a five-year contract with him in January of 1962. After securing a record deal with George Martin at Parlophone, Ringo Starr would be asked to replace Best on the drums.

After five years and ten thousand hours of practice, the classic Beatles lineup had finally come to fruition:

Early singles, particularly “She Loves You,” quickly earned them an enormous, passionate following. Beatlemania was officially sparked by the time of their October 13, 1963 performance at the London Palladium.

They capitalized on this phenomenon by touring extensively, and releasing five albums in little over two years. Lennon and McCartney developed a fruitful songwriting partnership, which inspired The Byrds, The Rolling Stones, and The Who to write their own songs. Lennon was writing increasingly intricate lyrics with the aim of matching Bob Dylan’s abilities, while McCartney’s own rivalry with Brian Wilson of The Beach Boys pushed the band in new sonic directions. Resenting his marginalization, Harrison began writing songs of his own, which reflected his mystic interests.

By August 1966, they grew weary of touring, deciding to focus their energies on creating much more complex music in the studio. In successive years, they released Revolver and Sgt Pepper’s Lonely Hearts Club Band, followed by the untimely death of beloved manager Brian Epstein in 1967. They proceeded with the movie and accompanying soundtrack, Magical Mystery Tour, in December of that same year, before taking another hiatus to study transcendental meditation with the Mahirishi Mahesh Yogi in India. They returned with The Beatles—also known as the White Album—and Abbey Road, followed by Let It Be. Individually, these are among the greatest albums ever recorded; together, they form a discography beyond compare.

All four members had successful solo careers. Lennon was one of the foremost musicians of the early 1970s, and Harrison’s All Things Must Pass is considered to be a masterpiece. McCartney was the most commercially successful; his albums continued to sell in high volumes well into the 1980s, and his tours remain phenomenally popular. Starr had the most irregular career—one which included a stint as the narrator for Thomas the Tank Engine in the ‘80s and '90s—however, since 1989, he has also been collaborating with various rock veterans in the supergroup known as Ringo Starr & His All-Starr Band. 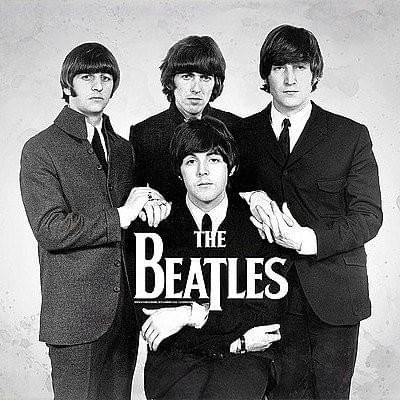