DEAN (딘), born Kwon Hyuk (권혁) on November 10, 1992, is a South Korean alternative R&B singer-songwriter, rapper, and producer based in South Korea and the United States. He is currently a member of hip-hop crews FANXYCHILD and Club Eskimo. He is also the leader of the musical collective youwillknovv.

His producer title, Deanfluenza, is a portmanteau of American actor and teenage rebel icon James Dean, and “influenza,” which reflects his infectious global popularity.

Since his debut in 2015 with the single “I’m Not Sorry,” DEAN has collaborated with many notable singers, rappers, and musicians, such as IU, offonoff, Eric Bellinger, and Daniel Caesar.

In 2016, he released his first full EP titled 130 Mood: TRBL, which garnered international success due title tracks like “Bonnie & Clyde” and “D (​Half ​Moon).” In late 2017, DEAN released the slow R&B single “instagram” which became his most popular release as of then. 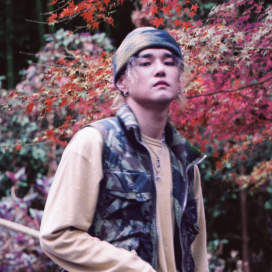