An accidental hip-hop supergroup consisting of Lupe Fiasco, Kanye West, and Pharrell Williams. The group released three songs together between 2007 and 2010 and toured together for Kanye’s 2008 “Glow in the Dark Tour”.

There were plans to release a very in depth album, supposedly titled “God Unwilling” with both Lupe and Kanye confirming the project many times, planned to be released in 2012.

Lupe has since confirmed many times that Child Rebel Soldier has been disbanded, despite the album apparently being complete. There are no reasons that have been announced to why the album never came or to why the group broke up. 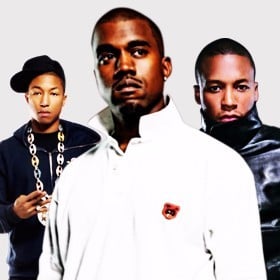