Bone Thugs-N-Harmony is a hip-hop group from Cleveland, Ohio, formed in 1991 under the brief name Band Aid Boys. Then they were B.O.N.E. Enterpri$e, consisting of Bizzy Bone, Krayzie Bone, Layzie Bone, and Wish Bone. Under this name, they released the 1993 album, Faces of Death. Then Flesh-N-Bone, Layzie’s brother, joined the group, and Bone Thugs-N-Harmony was solidified.

Rapper Eazy-E of the group N.W.A signed the group to Ruthless Records in 1994. Their debut EP Creepin On Ah Come Up included two hits, “Thuggish Ruggish Bone” (#22) and “Foe Tha Love of $” (#41). In 1995, their full-length album E. 1999 Eternal followed featuring another top 40 hit “1st of Tha Month”. An updated version of “Crossroad” from the album, renamed as “Tha Crossroads”, became a Grammy-winning international smash hit, holding the #1 spot in the US for eight weeks and reaching the top 20 in eight countries overseas including the UK.

Over the next fifteen years, the group scored six more top 40 hits including the platinum-selling “I Tried” (featuring Akon), but it was a tumultuous time. Flesh-N-Bone served eight years in prison for assault. The group kicked Bizzy Bone out after a couple of years of issues, but took him back five years later. Krayzie Bone also quit for a few months. In 2010, Wish Bone told MTV:

It’s been a rough road. We brothers, cousins and best friends — we have ups and downs and whatever, but at the end of the day we’re still family. So we’re gonna bring it together to do what we do — which is music — and reach the masses.

In 2020, the group changed their name to Boneless Thugs-N-Harmony as part of a marketing campaign led by the international restaurant chain Buffalo Wild Wings. 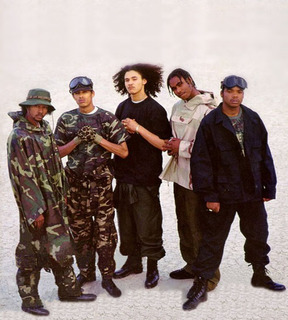