Faith Evans is a singer-songwriter-producer who was the first lady of Bad Boy Entertainment and former wife of the label’s star, The Notorious B.I.G.

After working as a background singer for Al B. Sure!, Faith was writing songs and singing background for artists such as Mary J. Blige, Usher, and Tony Thompson before releasing her own debut album, Faith, in 1995. The album was certified platinum and featured the gold singles “You Used To Love Me” and “Soon As I Get Home”. After Biggie’s murder on March 9, 1997, Faith—along with Puff Daddy and 112—paid tribute to him on the #1 pop single “I’ll Be Missing You”, which won a Grammy for Best Rap Performance by a Duo or Group in 1998.

Her second album, Keep the Faith, also achieved platinum status and featured the gold single “Love Like This”. She left Bad Boy after her third album, Faithfully, and released several albums through multiple labels, including the 2017 duet project, The King & I, which mixed her vocals with acapellas from The Notorious B.I.G. She appeared in the 2003 movie The Fighting Temptations, as well as the reality television shows R&B Divas and Love & Hip Hop: Atlanta. 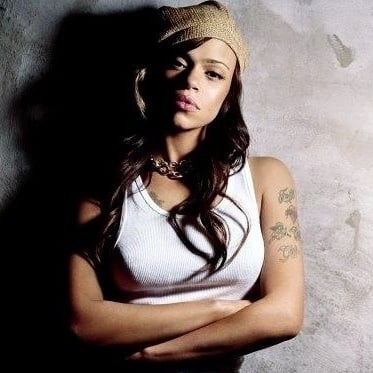