The Misfits are an American punk rock band often recognized as the progenitors of the horror punk subgenre, blending punk and other musical influences with horror film themes and imagery. Founded in 1977 in Lodi, New Jersey, the original lineup consisted of vocalist and keyboardist Glenn Danzig, bassist Jerry Only, and drummer Manny Martínez. Danzig and Only were the only consistent members throughout the next six years, during which they released several EPs and singles, and with Only’s brother Doyle as guitarist, the albums Walk Among Us and Earth A.D./Wolfs Blood, both considered touchstones of the early-1980s hardcore punk movement. The band has had several lineup changes over the years, with bassist Jerry Only being the only constant member in the group.

The Misfits disbanded in 1983, and Glenn Danzig went on to form Samhain and then Danzig. Several albums of reissued and previously unreleased material were issued after the group’s dissolution, and their music later became influential to punk rock, heavy metal, and alternative rock. After a series of legal battles with Danzig, Only and Doyle regained the rights to record and perform as the Misfits. They formed a new version of the band in 1995 with singer Michale Graves and drummer Dr. Chud. This incarnation of Misfits had more of a heavy metal sound and released the albums American Psycho and Famous Monsters before dissolving in 2000. Jerry Only then took over lead vocals and recruited former Black Flag guitarist Dez Cadena and former Ramones drummer Marky Ramone for a Misfits 25th anniversary tour.

This lineup released an album of cover songs titled Project 1950 and toured for several years. In 2005, Marky was replaced by Robo, who had played with Black Flag in the early 1980s and had also previously been Misfits' drummer from 1982 to 1983. This lineup released a single titled Land of the Dead in 2009. The Misfits' lineup of Only, Cadena, and drummer Eric “Chupacabra” Arce released a new album titled The Devil’s Rain in October 2011. In 2015, it was announced that Cadena would be taking a break from music after receiving a cancer diagnosis, and was replaced by Only’s son Jerry Caiafa II, presented as Jerry Other. That same year Soulfly’s Marc Rizzo joined the band, also playing guitar. He filled in for Cadena, before Caiafa would move on to become the sole guitarist for the band.

On September 2016, for the first time in 33 years, Danzig, Only, and Doyle reunited for two headlining shows at the Riot Fest, along with drummer Dave Lombardo and second guitarist Acey Slade. They also reunited for two New Year’s Eve shows in Las Vegas and Los Angeles in December 2017, and later performed again at the Prudential Center in Newark, New Jersey on May 19, 2018. 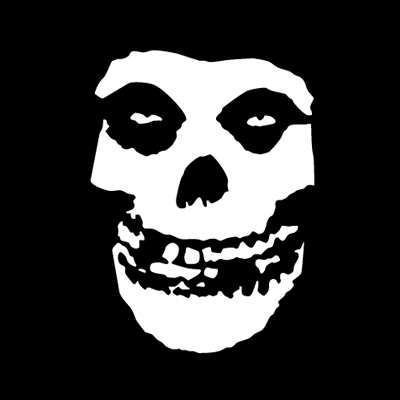