George Gershwin is considered one of the greatest composers in American history. Born Jacob Bruskin Gershowitz in Brooklyn, N.Y. in 1898, he was called “George” at an early age. While he started early helping sell songs in New York, he also showed an interest in classical music. While composing pieces for the concert hall such as Rhapsody in Blue and An American in Paris, he simultaneously pursued a career in popular music via the Broadway stage. The songs he wrote (with lyrics mostly by his older brother, Ira Gershwin) have become staples of the American song repertoire. He died in 1937 of a brain tumor. 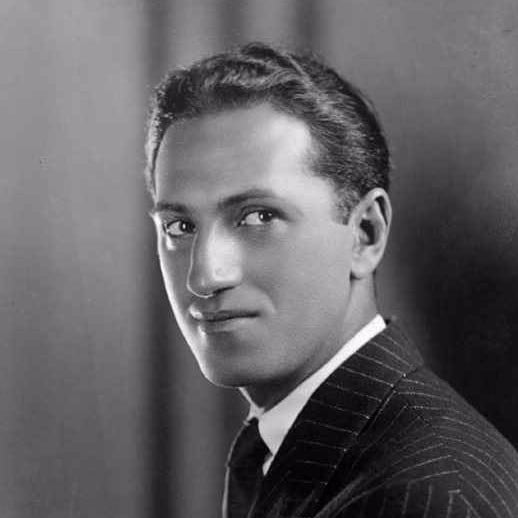