Born on October 27, 1914 in Swansea, Wales, Dylan Marlais Thomas is one of the greatest Welsh poets, most famous for his “Do Not Go Gentle Into That Good Night”. His work did not belong to any literary group or movement, though he was strongly influenced by Modernism and Romanticism. With surreal metaphors yet strict form with strong emotion, his poetry could be a category of its own.

Though frequently accused of verbal extravagance and being an intellectual phony, there is no doubt in the legacy his poetry has left. Robert Lowell once wrote:

“Nothing could be more wrongheaded, than the English disputes about Dylan Thomas’s greatness … He is a dazzling obscure writer who can be enjoyed without understanding.”

A heavy drinker with poor health and an unhappy marriage to Caitlin Macnamara Thomas, Dylan Thomas died of pneumonia and liver issues at noon of November 9th, 1953. He was only 39. 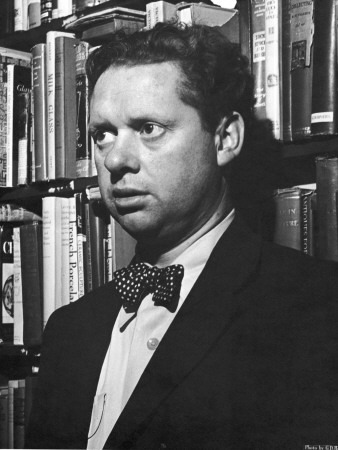