Fall Out Boy is an American rock band hailing from Wilmette, Illinois. The band was formed in 2001 by Pete Wentz, who supplies bass and lyrics to the band, and guitarist Joe Trohman, who both used to be part of metalcore band Arma Angelus. Trohman later recruited vocalist Patrick Stump, who initially tried out as the band’s drummer, after meeting him in a bookstore. After the release of Project Rocket/Fall Out Boy, a split EP with Project Rocket. It was recorded without current drummer Andy Hurley due to him being disinterested in the project; Hurley later joined in 2003 as a replacement touring drummer.

Fueled By Ramen, who were a small independent label at the time, personally called Fall Out Boy to ask them to record a full-length record after hearing one of their demos online. This album became their 2003 debut, Take This To Your Grave, and was a tipping point between the band’s underground success to success in the mainstream. It was the band’s last album to feature Stump as the lead lyricist.

The band’s 2004 acoustic EP, My Heart Will Always Be the B-Side to My Tongue, became their first charting release and gave fans a taste of what to expect on their sophomore album From Under The Cork Tree. The album creation was set back in February 2005 after Wentz’s suicide attempt, which influenced songs such as “7 Minutes In Heaven (Atavan Halen).” The album was released in May 2005 through Island Records, featuring guest vocals from William Beckett of The Academy Is… and Brendon Urie of Panic! At The Disco.

2007’s Infinity On High saw the band subtly separate themselves from the pop-punk sound they were known for, featuring unexpected guests like rapper Jay-Z. The album was a huge mainstream success, being certified platinum in six countries and cementing Fall Out Boy as one of the biggest pop-punk bands of the time.

The band continued on their experimental tangent for their 2008 LP Folie à Deux, breaking away almost entirely from their pop-punk sound. The group had a lengthy promotion process, which included the release of mixtape CitizensFOB: Welcome To The New Administration. Lyrically focusing mainly on themes like decaying relationships and fame, the album received a mixed response from fans and critics.

In 2009, the band announced a hiatus to allow the members to focus on their own projects. Among other things, this break spawned Stump’s solo album Soul Punk, Wentz’s EDM project Black Cards, and Trohman and Hurley’s band The Damned Things.

2013’s Save Rock & Roll was recorded entirely in secret, and the group’s reformation only became apparent after the release of their lead single “My Song’s Know What You Did In The Dark (Light Em Up).” The record generally received positive reviews, and featured several all-star guests, including Elton John and Courtney Love. 2013 also saw the release of PAX AM Days, a punk-influenced EP that is described as the antithesis of Save Rock & Roll.

The 2015 release of American Beauty/American Psycho saw the band continue to push for a radio-friendly sound, while also experimenting with samples on many tracks. The single “Immortals”, appeared on the soundtrack of Disney’s Big Hero 6. The band later released Make America Psycho Again,, a rap remix album of American Beauty/American Psycho that disappointed both fans and critics.

The band’s seventh studio album, M A N I A, was first teased in early 2017. It was initially slated for a September 2017 release, and early singles such as “Young and Menace” demonstrated an almost complete pull-away from their previous rock-influenced music for a more EDM inspired sound. The release date was subsequently pushed back to January after almost-completely scrapping of the material for the album. The album was shortly followed up with a limited demo EP titled LLAMANIA, which has been teased in the music video for “Wilson (Expensive Mistakes)”. The EP consisted of demo tracks that were scrapped from M A N I A.

Before the band’s major project, “The MANIA Experience,” had taken into effect, Pete announced that a three-tracked EP would be released. This would include a studio version of the 2008 mixtape demo from “Welcome to the New Administration,” Lake Effect Kid, a semi-new song and a really new song. On August 22, a surprise proclamation had appeared in the band’s social media, stating that the Lake Effect Kid EP was going to be released at midnight. In its release, every song was heavily influenced by Chicago, the band’s hometown. 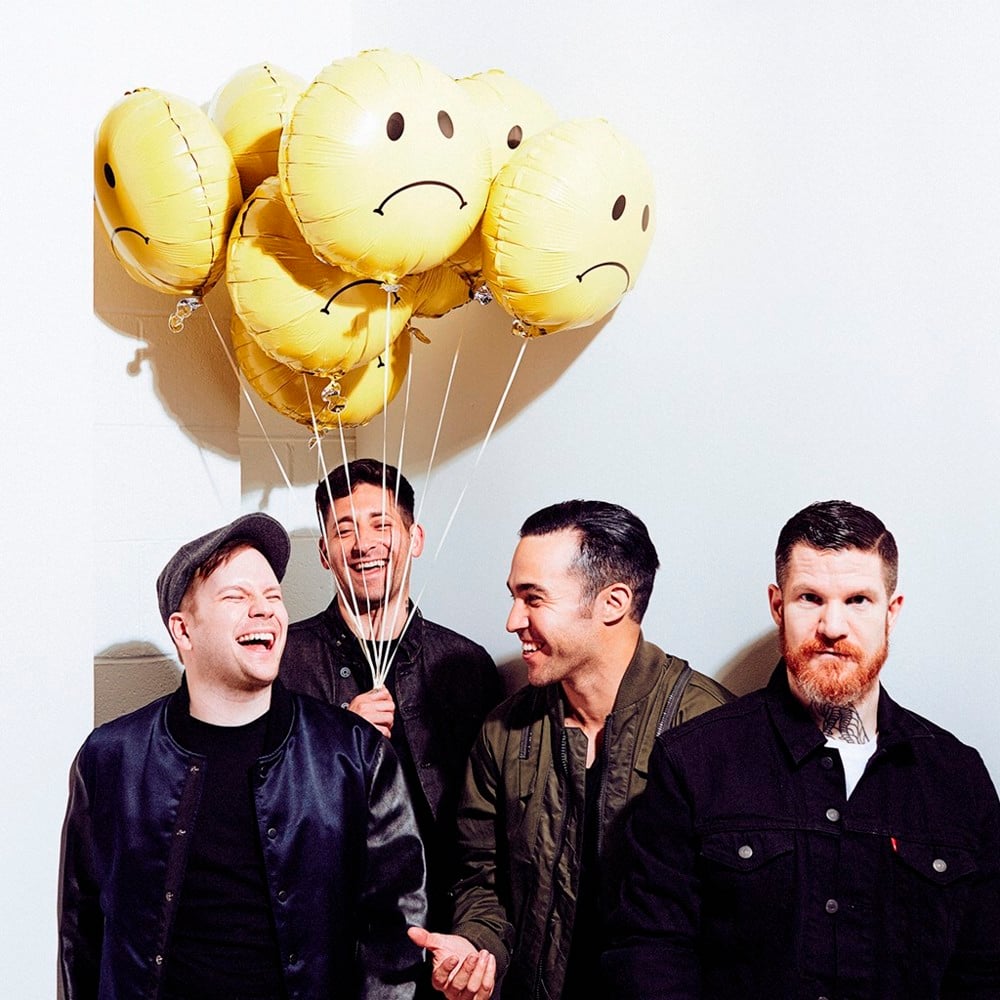