While working as a waitress at a health food restaurant in London, Annie Lennox met Dave Stewart, with whom she formed the band Catch with singer-songwriter Peet Coombes. Catch released one single before adding two more members and changing their name to The Tourists. Under that name, the band scored five UK hits before Coombes' substance abuse broke the band apart.

Lennox and Stewart continued writing together – with Stewart moving from guitar to synthesizer and Lennox adopting an androgynous look – and formed Eurythmics. Within a few years, the duo was propelled into international stardom when “Sweet Dreams (Are Made Of This)”, a single from their second album, became a top ten hit in nine countries.

Over the decade, the duo moved away from their dark new wave sound and S&M imagery, evolving into a more mainstream synthpop and rock band. In that time, they scored twenty-one UK top 40’s (ten of which were also US top 40 hits). In 1990, Eurythmics quietly disbanded and Lennox took a break from music to have her first child.

Stewart formed Dave Stewart and the Spiritual Cowboys that year, releasing two albums. He then launched a successful career as a solo musician and producer, collaborating with several other big names in the business like Paul McCartney, Bono, Stevie Nicks and Mick Jagger to name a few. In 1992, Lennox began her own successful solo career, releasing several singles that reached the top 20 in at least nine countries around the world.

Lennox and Stewart reunited in 1999 for the album Peace. It gave the group two more UK top 40 singles that also found additional scattered chart success overseas. That same year, the band won an award for Outstanding Contribution to British Music. 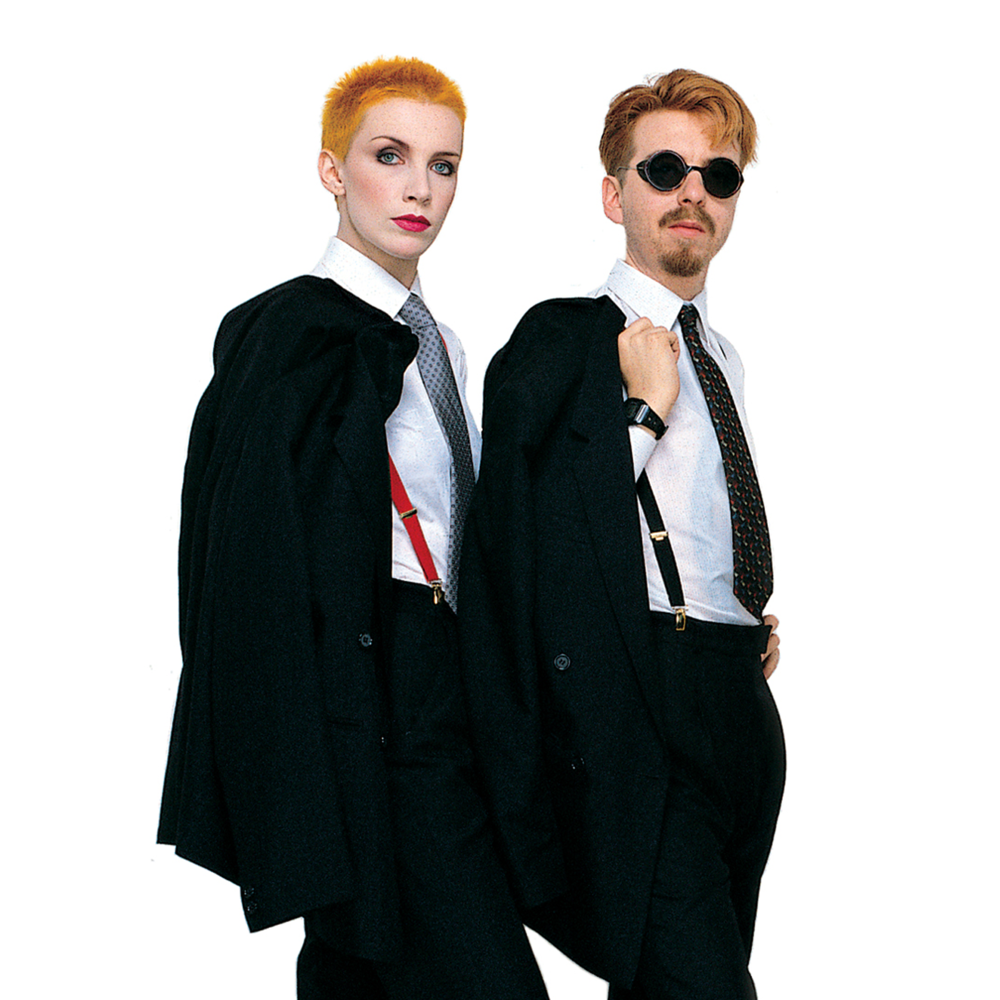