Gorillaz is a virtual band created by Damon Albarn of Britpop band Blur and Jamie Hewlett, co-creator of the comic book Tank Girl. The band is composed of four animated band members: Stuart “2D” Pot (vocals, keyboard), Murdoc Niccals (bass), Noodle (lead guitar and occasional vocals), and Russel Hobbs (drums and percussion). Murdoc was based on Keith Richards from a photo by David Bailey and 2D was based on a friend of Damon and Jamie’s.

The project began as an experiment and commentary on popular media. It was inspired by Hewlett and Albarn binge watching MTV when the two were housemates in London. Hewlett said:

If you watch MTV for too long, it’s a bit like hell – there’s nothing of substance there. So we got this idea for a cartoon band, something that would be a comment on that.

Gorillaz’s music videos follow the adventures of the band members, so the music is written around the concept of them being within a certain environment for each album. Together, the albums form a cohesive and continuous story.

The band’s music is a collaboration between various musicians, Albarn being the only permanent musical contributor. Their style is broadly alternative rock but includes a large number of other influences including Britpop, dub, hip-hop, and pop music. Gorillaz is often noted for obscuring the lines of what defines a genre.

Their eponymous debut album, Gorillaz, was released in 2001 and sold over seven million copies. Its most successful single, “Clint Eastwood” (feat. Del the Funky Homosapien), remains one of the group’s most iconic songs to date.

Demon Days, the group’s sophomore album, topped the UK chart and features a variety of guests ranging from Shaun Ryder to MF DOOM. This album is primarily set on a floating island, which is prominent in the videos for “Feel Good Inc”, “El Mañana” and “Dare.”

After a four-year hiatus, the group returned with Plastic Beach, an album that includes collaborations with Snoop Dogg, Kano and the now sadly late musicians Bobby Womack, Mark E. Smith, and Lou Reed. Its most successful single was “Stylo”, which was also remixed by Labrinth and Tinie Tempah. In 2011, the group released The Fall, which was recorded entirely on an iPad while touring Plastic Beach.

Phase 4, as it is known to fans, began in late 2016 when the band’s social media began posting regularly again. On March 23, 2017, Albarn appeared on BBC Radio to premiere four new tracks and announce the release of Humanz in April 2017. 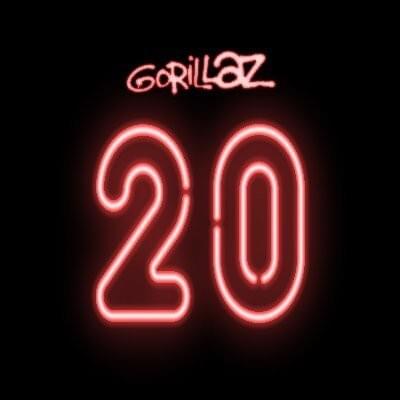