After signing with Universal Republic Records, Shop Boyz began to record their first and only album, Rockstar Mentality, which featured rock-influenced hip-hop.[2] The album’s lead single, “Party Like a Rockstar,” was released in May 2007 and achieved commercial success, reaching number two on the US Billboard Hot 100 and becoming the highest-selling ringtone of 2007.[3] Rockstar Mentality was released on June 19, 2007, debuting at #11 on the US Billboard 200 but receiving a poor critical and commercial reception, selling fewer than 200,000 copies to date.[4] The followup single, “They Like Me”, performed poorly, peaking at #98. The group was eventually dropped by Universal. 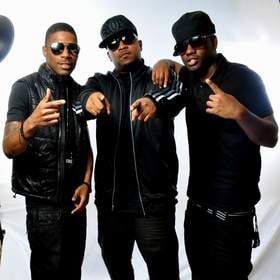