Dwayne Douglas Johnson (born May 2, 1972), also known by his ring name The Rock, is an American actor, producer, singer, and professional wrestler who holds American and Canadian citizenship.

Born in California and raised between New Zealand and the U.S. states of Hawaii and Pennsylvania, Johnson was a college football player for the University of Miami, where he won a national championship on the 1991 Miami Hurricanes football team. He later played for the Calgary Stampeders in the Canadian Football League and was cut two months into the 1995 season. This led him to become a professional wrestler like his grandfather, Peter Maivia, and his father, Rocky Johnson, from whom he also inherited his Canadian citizenship.
Currently signed to WWE on a part-time contract, Johnson gained mainstream fame in the World Wrestling Federation (WWF, now WWE) from 1996 to 2004 as a major figure in the company’s Attitude Era, and was the first third-generation wrestler in the company’s history. He returned to wrestling part-time for WWE from 2011 to 2013 and continues to make sporadic non-wrestling appearances for the company. Johnson has 17 championship reigns in WWE, including 10 as a world champion, winning the WWF/WWE Championship eight times (seventh reign was as WWE Undisputed Champion) and the WCW/World Championship twice. He won the WWF Intercontinental Championship twice and the WWF Tag Team Championship five times. Johnson is the sixth Triple Crown Champion in WWE history and won the 2000 Royal Rumble. He is widely regarded as one of the greatest professional wrestlers of all time.
Johnson’s autobiography The Rock Says…, co-written with Joe Layden, was published in 2000. It debuted at No. 1 on The New York Times Best Seller list, spent 20 weeks on The New York Times bestseller list and sold 720,000 copies in hardcover alone. Johnson’s first leading film role was in The Scorpion King in 2002. For this role, he was paid US $5.5 million, a world record for an actor in his first starring role. He has since appeared in various films, and become known for his ability to reinvigorate film franchises. Perhaps his greatest success in his acting career can be sourced to his role as Luke Hobbs in The Fast and the Furious franchise. He hosted and produced The Hero, a reality competition series; and has since continued to produce TV series and films through his production company Seven Bucks Productions, each of which he also stars in. Forbes listed Johnson No. 25 in the Top 100 Most Powerful Celebrities in 2013. He is the world’s highest-paid actor of 2016. Time named him one of the 100 most influential people in the world in 2016. In 2015, Muscle & Fitness named Johnson their “Man of the Century”. 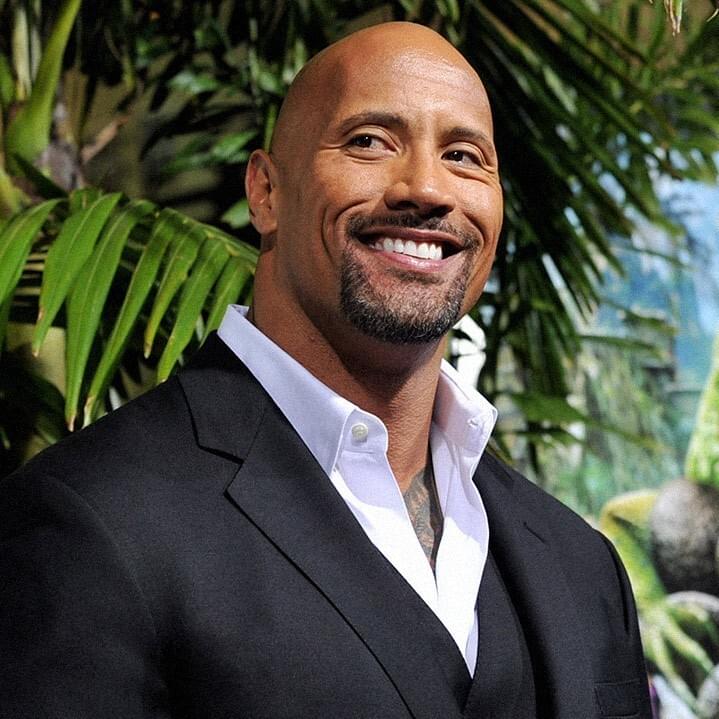