A true pop icon, Robyn “Rihanna” Fenty is a singer, actress, and businesswoman from Saint Michael, Barbados. She was first discovered by American record producer Evan Rogers in 2003 and later signed a contract to Def Jam Recordings in 2004, after auditioning for its then-president, JAY-Z.

The following year, in 2005, she released her debut album Music of the Sun and its follow-up, A Girl Like Me, in 2006. Both albums did well commercially, but it wasn’t until the release of her third album, Good Girl Gone Bad, in 2007 that poised Rihanna as an international pop star. It became her first album to receive a Grammy nomination (seven to be exact) and features one of her biggest hits, “Umbrella.”

Moving onto 2009, Rihanna released her fourth studio album, Rated R. It featured a darker and more atmospheric tone from her previous albums. She released her fifth studio album, Loud, the next year in 2010. It marked her return to making dance-pop records. That summer, she featured on Eminem’s smash hit, “Love the Way You Lie” and is one of her most popular features of all time.

2015 saw Rihanna’s return to making solo music, releasing singles like “FourFiveSeconds,” “Bitch Better Have My Money” and “American Oxygen.” The following year, in 2016, she released her eighth studio album ANTI.

In 2017, Rih featured on a few hit songs like Kendrick Lamar’s “LOYALTY.” and DJ Khaled’s “Wild Thoughts.” That same year, she announced she began working on her ninth studio album, although a proper release date has yet to be announced.

With all her hard work, Rihanna has become one of the most awarded artists in history, winning 214 in total. Of these awards include nine Grammy Awards, twelve Billboard Music Awards, thirteen American Music Awards, and seven MTV Video Music Awards.

Aside from music, Rihanna has ventured into other affairs like acting, starring in big movies like Ocean’s 8, This Is the End, Battleship, and the animated cartoon, Home. Rih also launched the highly successful cosmetics brand, Fenty Beauty, in 2017 and was also appointed as an Ambassador of Barbados in 2018. 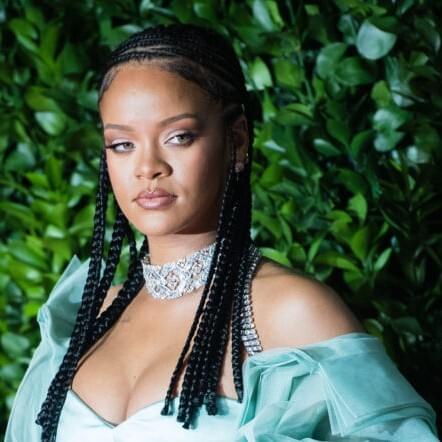