Brand Nubian, consisting of rappers Grand Puba, Lord Jamar, and Sadat X, as well as DJ Alamo and DJ Sincere, is a long-running group out of New Rochelle, New York. The group is known for its hard-hitting political content and its adherence to the doctrine of the Nation of Gods and Earths.

Their debut album, One For All is a generally acknowledged classic, having received the highest rating of five mics in The Source and consistently placing on best of all-time lists. Among their best-known singles are “Slow Down” and “Punks Jump Up to Get Beat Down” 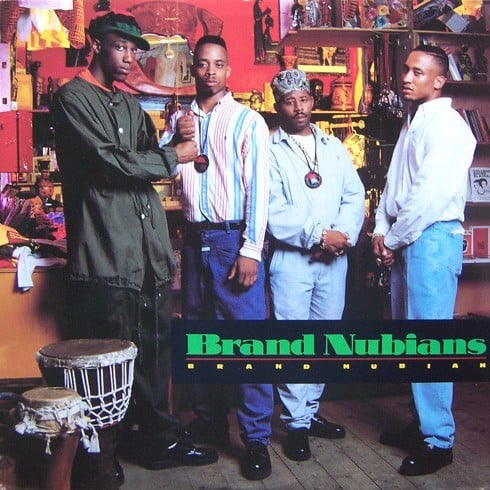