Funkmaster Flex began his career as a producer best known for his work in the 90’s East Coast hip-hop scene. His discography includes both solo works, such as 60 Minutes of Funk which received RIAA gold standard, as well as his collaborative efforts with rappers such as Biz Markie and The Notorious B.I.G. Flex’s early music served as an inspiration for other artists growing up, such as Mark Ronson:

However, Flex is perhaps best known as a DJ, most notable for his show on radio station Hot 97 in New York. His show often includes special guests who freestyle, also known as the “Funkmaster Flex Freestyle”, rappers who have participated, to name a few, include J. Cole and Mos Def.

Even more notorious, is the news and gossip sections of Funk Flex’s show. Although Flex is not new at inserting himself into beef, he immortalized his position in gossip when he perpetuated the 2015 Drake and Meek Mill ghostwriting beef. The Funkmaster played reference tracks from alleged Drake ghostwriter Quentin Miller and dissed Drake on his show continuously. While he did eventually deliver on providing some “evidence” to Quentin Miller’s involvement with Drake, many criticized Flex for using the beef as promotion, even starting a petition to have him fired from Hot 97.

These actions landed Flex in Drake’s song “Charged Up” in which Drake rapped the following:

The Funkmaster utilizes a ‘bomb dropping’ effect to emphasize or end his statements, so in a homage to him—let’s end this description by dropping a bomb on it! 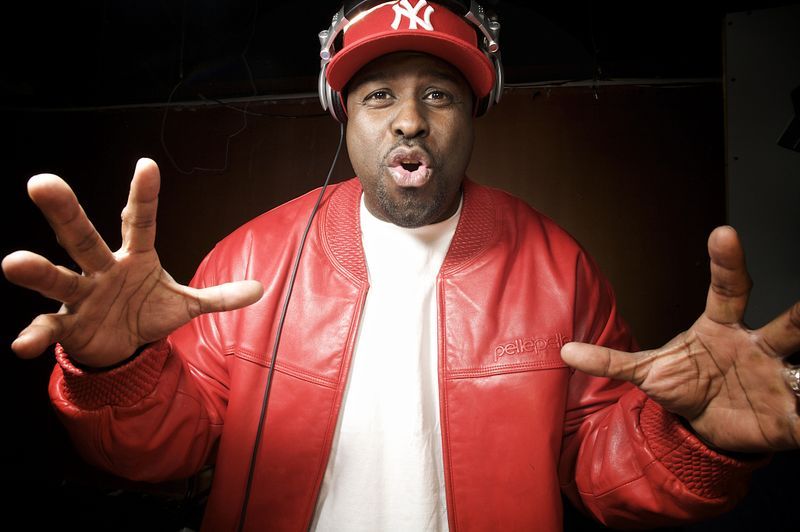