Antoine Reed (known as Mikey Rocks and Sir Michael Rocks) is from Matteson, Illinois and is in the rap group, “The Cool Kids” with rapper/producer Chuck Inglish who is based out of Detroit. The two members of The Cool Kids met when Antoine found a beat on MySpace that Chuck had produced. Recently the two have teamed up with Freddie Gibbs and Chip Tha Ripper to form a group named, “P.O.C.” (Pulled Over by the Cops). The Cool Kids released their debut album, When Fish Ride Bicycles in 2011. Antoine has released four solo mixtapes, as well as several other mixtapes under The Cool Kids. As well as that, The Cool Kids have released two EP’s, those being, The Bake Sale and, Merry Christmas. Sir Michael Rocks is also currently signed under Jet Life Recordings, owned by rapper Curren$y. 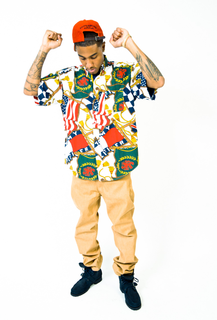