One of the most influential rappers of the early 1990s, Grand Puba rose to fame as the leader of the group Brand Nubian before releasing several hits as a solo artist. He was also instrumental in the early career of R&B icon Mary J. Bilge.

Puba—real name Maxwell Dixon—is a native of New Rochelle, NY, a city two miles north of the New York City border. Originally known as Grand Puba Maxwell, he made his debut at age 19 as a member of the group Masters of Ceremony, who released their first single in 1985 and a critically-acclaimed album in 1988.

In the late 1980s, Puba founded Brand Nubian with Sadat X, Lord Jamar, and DJ Alamo. The group’s 1990 debut One For All received a five mic review in The Source and is widely regarded as a hip-hop classic. The album spawned two top five rap hits, “Slow Down” and “Wake Up.” Puba also produced the majority of the album.

In 1992, Puba left the group, dropped the “Maxwell” from his name, and released his critically-acclaimed solo debut Reel To Reel, which spawned the #1 rap hit “360 Degrees (What Goes Around).” Brand Nubian would release two well-received albums without Puba.

Puba’s whiny, nasal voice is unique. In 1990, The Source described him as “righteous but down to earth.” A member of the Five Percent Nation, Puba frequently drops knowledge about race and history. But he’s just as likely to rap about getting “skins” (a.k.a. having sex), smoking “boom” (weed), and drinking 40s.

In 1992, Puba appeared on the title track from Mary J. Blige’s debut album What’s The 411?, which featured Mary rapping lyrics written by Puba. They performed the duet on Yo! MTV Raps, a first for an R&B singer. Mary also appeared on his album. Her alliance with Puba was crucial in establishing Mary’s reputation as “The Queen of Hip-Hop Soul.”

Puba was also a major influence on fashion. His affinity for Tommy Hilfiger (who he name dropped on three different songs in 1992) set the trend that made it one of the most popular clothing brands in hip-hop throughout the ’90s.

Puba’s second album, 2000 (released in 1995), was not as well received as his debut, but it spawned the minor hit “I Like It (I Wanna Be Where You Are).” In 1998, he reunited with Brand Nubian on their fourth album Foundation, which included “Don’t Let It Go To Your Head,” the group’s biggest hit on the Billboard Hot 100 pop chart.

Over the years, Puba has collaborated with Missy Elliott, The Notorious B.I.G., 2Pac, Beanie Sigel, Heavy D, Shaggy, The Beatnuts, and many more. 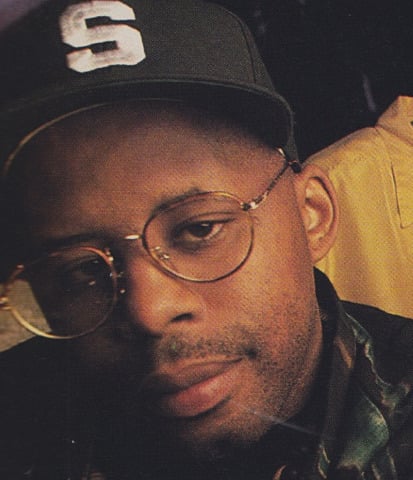