Shock G, a rapper and producer known as the leader of the hip-hop group Digital Underground, began his pursuit of music as a drummer and piano player. Born Gregory Jacobs on August 25, 1963 in New York City, his rap name came from his cousin, who originally named him “Shah-G” before it was changed to Shock G. He relocated to Tampa, Florida, where he became a radio DJ on WTMP when he was 16 years old. After working with local Tampa artists through the mid-1980s, he moved to Los Angeles before settling in the Bay Area.

He worked in a music store before establishing Digital Underground with Chopmaster J and Kenny-K. They distributed a single independently in 1998 before being signed to Tommy Boy and releasing their platinum debut album Sex Packets in 1990, featuring the singles “Doowutchyalike”, “Freaks of the Industry”, and the smash hit “The Humpty Dance,” performed by Shock G’s alter ego Humpty Hump.

Following the release of Sex Packets, Shock G discovered a young rapper named Tupac Shakur, who was a roadie for Digital Underground before he was featured on the D.U.’s single “Same Song” in 1991. Shock G would work with 2Pac on his first three albums, and he was featured on 2Pac’s breakthrough hit “I Get Around.” Shock G would go on to release several albums with Digital Underground, his Fear of a Mixed Planet solo album, and he made a notable appearance on the remix to the Luniz hit single “I Got 5 On It.” 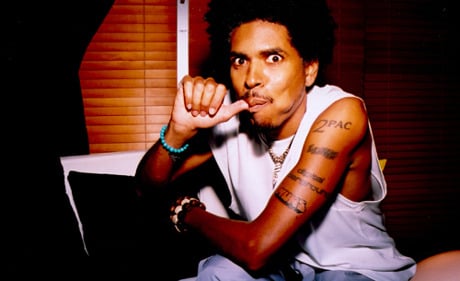