Elliot Gleave, better known by his stage name Example, is an English singer and songwriter signed to Epic Records and Sony Music. His name arose due to his initials being E.G., which is an abbreviation of the Latin phrase exempli gratia (“for example”).

Starting out on The Streets‘ independent label The Beats alongside Professor Green and Plan B, Elliot released his debut album, What We Made, in 2007. The album was largely sample-based and mostly involved rapping.

Gleave saw his first mainstream success with his Ministry of Sound-released second album Won’t Go Quietly (2010), which spawned the hit singles “Watch the Sun Come Up”, “Won’t Go Quietly” and “Kickstarts”. The album featured a mixture of singing and rapping, and some high profile production by the likes of Calvin Harris, Chase & Status and Sub Focus.

Example’s most successful album was the chart-topping Playing in the Shadows (2011), which featured the #1 singles “Changed the Way You Kiss Me” and “Stay Awake”. Production was handled by Nero, Faithless, Laidback Luke and Skream among others.

The direction of Gleave’s music took an unexpected turn towards guitars and live instruments on his fourth LP, The Evolution of Man (2012), which even draws influence from Nirvana (on “Snakeskin”). The album featured the hits “Say Nothing” and “Close Enemies” as well as the #1 Calvin Harris collaboration “We’ll Be Coming Back”. However, it was Gleave’s least successful major label album, and his last with MoS.

After marrying Australian model Erin McNaught, Gleave signed to Sony and released his fifth album, Live Life Living (2014), to low critical acclaim. Almost entirely produced by Alf Bamford and Stuart Price, the album features singles such as “All the Wrong Places”, “Kids Again” and “One More Day (Stay with Me)”.

Example’s sixth studio album is expected to be released in 2016, and has already spawned the single “Whisky Story”, the video for which was shot in one take on the London Underground. 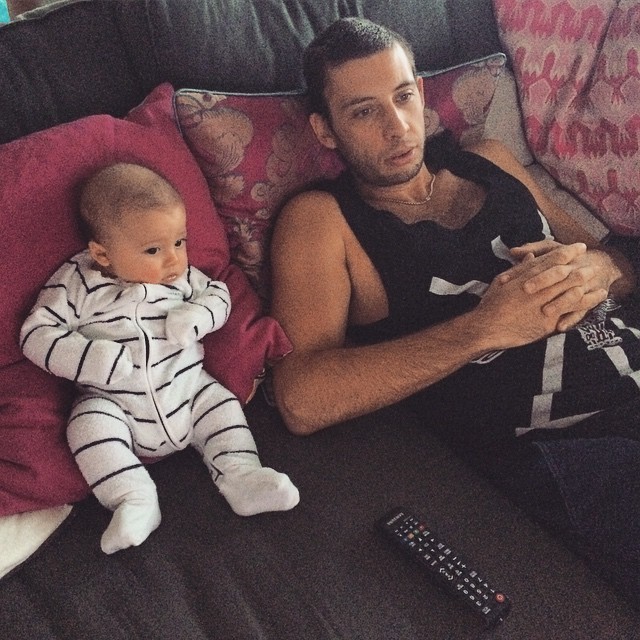