Her stage name is derived from the slang word “doja,“ which refers to marijuana, and her love of cats. She has been active since 2013, when she was discovered by Dr. Luke. She is signed to Kemosabe Records, Dr. Luke’s own Sony Music imprint.

Doja’s first EP, Purrr!, was released in August 2014, featuring hit track, “So High.” In March 2018, she released her debut album, Amala, which includes the single “Candy.” In August 2018, she posted a video for “MOOO!” on YouTube, which subsequently went viral. In early 2019, she re-released Amala with several new songs, including “MOOO!” and another high-charting track, “Juicy.” Later in 2019, she released her sophomore album, Hot Pink.

On May 1st, 2020, Doja recruited Nicki Minaj for their “Say So (Remix),” marking the first collaboration between them. This song broke history for the two females, as of which the song debuted at #1 on Hot Billboard 100 on the week of May 16th, 2020. This became their first time achieving the top spot on the charts, selling past 80k pure sales within the first two weeks. 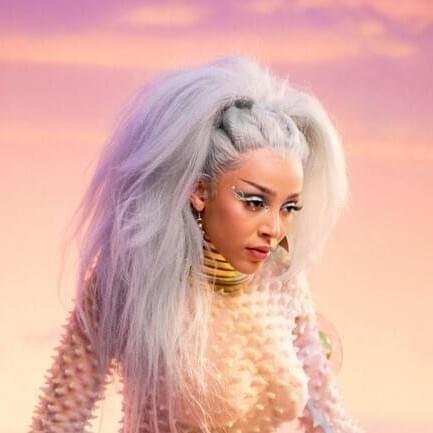