BJ the Chicago Kid is an American singer songwriter from the South Side of Chicago, Illinois. Born November 23rd, 1984 as Bryan James Sledge, BJ is best known for his his critically acclaimed album In My Mind, as well as his collaborations with artists such as Chance the Rapper, Kanye West, and Kendrick Lamar.

BJ first appeared on a Dave Hollister record in 2001. Leading up to his debut mixtape, A Taste of Chicago, he would perform on Stevie Wonder’s 2005 album, A Time to Love. Additionally, he was featured on Kanye’s 2006 “Impossible”, which also features Twista and Keyshia Cole.

He released A Taste of Chicago in 2009, followed closely by The New Beginning in the same year. He would also appear on “Faith” by Kendrick Lamar (2009). In 2011, BJ released his third mixtape, The Life of Love’s Cupid. Then, in 2012, he independently released his debut studio album, Pineapple Now-Later. After getting signed by Motown, he would released a 2013 Christmas-themed EP called A Soulful Christmas. In the same year, he appeared on Chance the Rapper’s Acid Rap on “Good Ass Intro”. In 2014, he released a mixtape titled The M.A.F.E Project.

Bj released his first album with Motown, In My Mind, in 2016. The album would peak at #7 on the Billboard top R&B/Hip-hop album chart, and #43 on the Billboard 200. It would bring BJ three Grammy nominations and widespread critical acclaim. 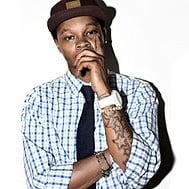