Immature, also known as IMx, is an R&B group from Los Angeles, California. The group was formed in 1992 by Marques Houston (Batman), Jerome Jones (Romeo, also known as Young Rome), and Don Santos (Half-Pint). The trio decided to enter a talent show together at the school they were attending. After performing, they were discovered and signed to Virgin Records, and began recording their debut album.

In 1994, Half-Pint’s parents pulled him from the group because they wanted him to focus on his studies more instead of being in the group. Half-Pint was replaced by Kelton Reese (LDB, or Little Drummer Boy), who was already the drummer for the group. Now signed to MCA Records, their sophomore effort Playtyme Is Over was released on August 10, 1994. Unlike their previous effort, the album managed to peak at #26 on the Top R&B/Hip-Hop Albums and #88 on the Billboard 200. The accompanying three singles for the album were: “Never Lie” (the album’s most successful single, peaking at #5 on both the Billboard Hot 100 and the Hot R&B/Hip-Hop Songs, “Constantly”, and “I Don’t Mind”.

Immature’s fourth album, The Journey, was released in 1997. Though singles were released (“I’m Not a Fool”, “Give Up the Ghost” featuring Bizzy Bone of Bone Thugs-N-Harmony, “Extra, Extra” featuring Keith Sweat), “I’m Not a Fool” was the only one to make an impact on the Billboard charts, peaking at #69 on the Hot 100 and #19 on the Hot R&B/Hip-Hop Songs.

The Journey would prove to be their last album under the “Immature” name. In 1999, ahead of their upcoming album, the group decided to change their name to “IMx”, as they felt that “Immature” didn’t fit with them maturing into adulthood. Introducing IMx was issued in 1999, with only one single, “Stay the Night” released from the album. Their 2001 effort IMx would prove to be the group’s last album at that point, as the group disbanded in 2002.

In 2010, Marques Houston announced on 106 and Park that the group has reunited and were planning to record their next studio album. Their most recent effort, Remember, was released on February 13, 2015. 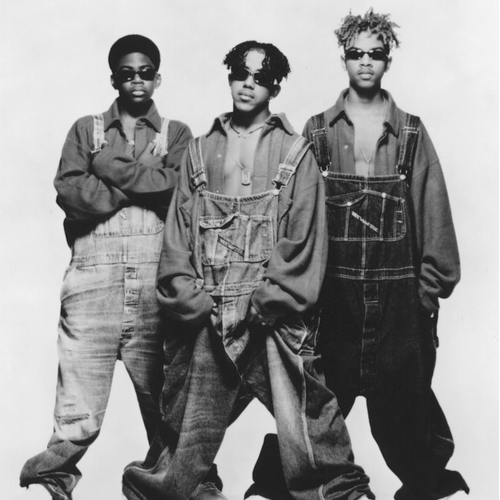