D12 owned the crown when it comes to disgusting, grimy, and horrific lyrics, fitted to make the toughest stiff gasp. Each member had a split personality, hence “Dirty Dozen”. If you were looking for Dr. Seuss type lyrics, move along! D12’s music was something to let your anger out with… it was fight music.

D12, The Dirty Dozen, D-Twizzy… whatever you wish to call them, they were a rap group from Detroit which consisted of six members, the most well-known of whom was Eminem’s. After Eminem’s rise to fame in 1999, the group released two albums; Devil’s Night (2001) and D12 World (2004). Both albums featured highly successful singles, however there were to be some complications further down the line.

Prior to the group’s rise to fame, there was one member’s death which rocked the boat. One of the group’s best-loved members, known as Bugz (real name Karnail Pitts), was shot and killed due to an altercation involving water guns at a picnic. The shock of his death, plus the pathetic nature of the squabble that led to it, was highlighted in the song “Good Die Young” later in D12’s career. The hole left by Bugz in the group meant that a replacement was needed – and this turned out to be Eminem.

D12’s most prominent member, Eminem, begun his hiatus from music in 2005, after releasing his greatest hits album and thus signalling a break in his career and therefore that of D12. The real tragedy came when another key member of the group, Proof, was fatally shot in a club in Detroit. One member down, and with the remaining members in shock from the murder of their friend, the group was inactive thereafter.

Since then, D12 had released a couple of mixtapes, one of which included Fuzz Scoota, an original member who left the group in 1999. Resuming his solo career in 2009 with the album Relapse, Eminem dedicated said album to his fallen friend Proof, as well as the track “You’re Never Over” on his follow-up album Recovery. As for recent work from the rest of D12, one song was featured on the 2014 compilation album SHADYXV, titled “Bane”, though it did not feature Eminem or Fuzz Scoota.

Rumors continued to circulate about D12 having officially disbanded, though there was no substance to these claims. Eminem officially confirmed that D12 had disbanded on the song “Stepping Stone” from his album Kamikaze. 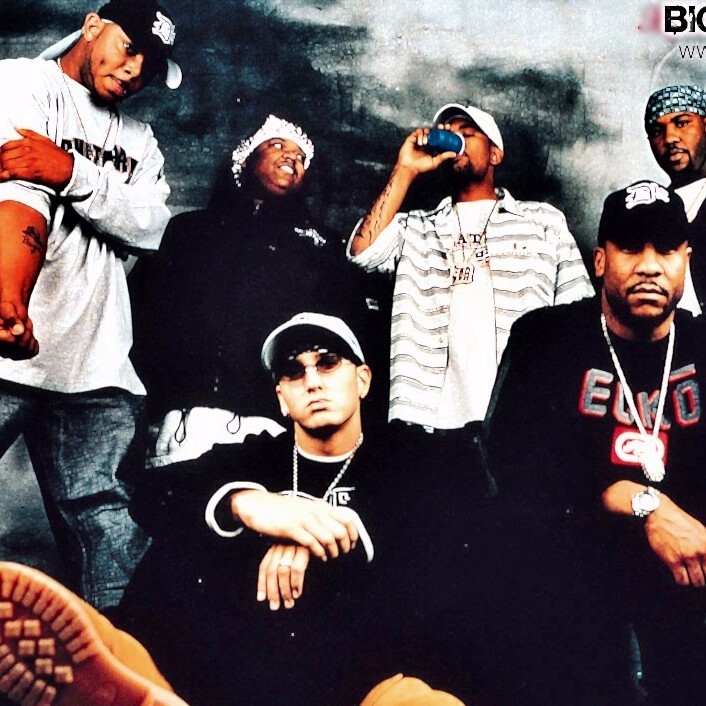