Formed in 1970, Queen was a British rock band whose classic line-up consisted of Freddie Mercury on lead vocals and piano, Brian May on lead guitar, Roger Taylor on drums, and John Deacon on bass. Although Mercury and May wrote the bulk of the band’s material, all four contributed to the songwriting, churning out huge hits. Initially a progressive rock band with strong metal influences, their sound evolved dramatically over time. The band went on to refine, if not define “stadium rock,” as they grew to become one of the most beloved rock bands of all time.

Their early progressive phase spawned epic tracks like “March of the Black Queen” and one international hit single: “Killer Queen.” But it was their 1975 track “Bohemian Rhapsody” which catapulted the group to super-stardom. The song reigned at #1 on the UK charts for nine weeks and has since been praised as one of the greatest songs of all time

Moving away from their album-orientated sound, the band only grew in popularity with such songs as November 1976’s “Somebody to Love,” October 1977’s “We Are the Champions,” January 1979’s “Don’t Stop Me Now,” June 1980’s “Another One Bites the Dust,” January 1984’s “Radio Ga Ga,” and many more. These songs are so beloved that a musical based on the band’s discography, titled We Will Rock You, became one of West-End’s longest-running shows with a 12-year run through May 2014—and more events being featured internationally, as well.

In November 2018, Queen’s popularity rose with the Oscar-winning biopic, Bohemian Rhapsody. The movie’s climax, Queen’s “Live Aid” charity performance, had already gone down in history as one of the greatest live concerts in music history. At the time, in mid-1985, the show was pivotal to Queen’s legacy on a global scale.

Deacon retired from music in 1997, after he, May, and Taylor recorded the Freddie Mercury tribute song “No-One But You (Only the Good Die Young)”; May and Taylor would continue to tour as Queen, with stand-in lead vocalists Paul Rodgers and Adam Lambert. 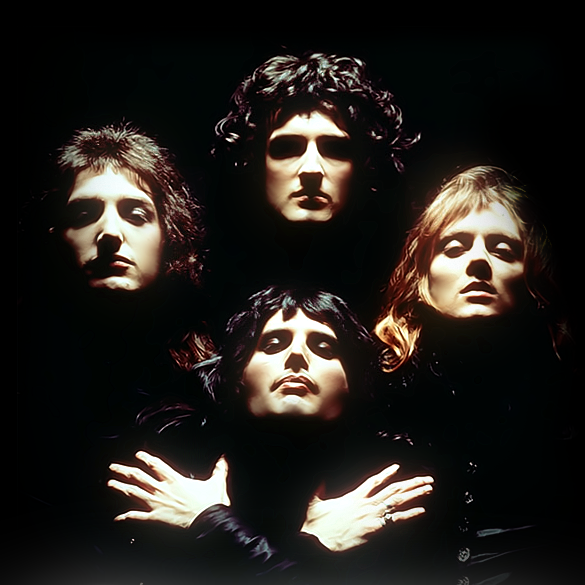