An American singer-songwriter, musician, multi-instrumentalist, and actor that produced 22 RIAA-platinum albums during his 40-year career, Prince may be known for one of many different things – his turn as “The Kid” in the iconic film/album/8 ½ minute ballad “Purple Rain”, being the writer behind the acclaimed anthem “Kiss,” rivaling Michael Jackson at the pinnacle of his career, being the inspiration behind censorship laws, or being the artist addressed as an unpronounceable symbol throughout the 1990s—but while many know of Prince, most don’t fully understand the impact his legacy left on this world.

Going by many aliases throughout his life, Prince Rogers Nelson was born in Minneapolis, Minnesota on June 7, 1958 with his father’s (John L. Nelson) stage name as his own given one. Growing up, Prince suffered from serious epileptic seizures at a very young age, but he had wrote his first composition of many by age seven, and outside of his love for basketball, he wanted music to be his purpose in life. His tumultuous childhood, witnessing alcoholism and abuse, caused him to find refuge in neighbor André Cymone’s home in his teens, where the two competed in local band competitions, leading to Prince’s introduction to Morris Day alongside music with his cousin’s band 94 East, leading him to be courted by record labels and ultimately signed to Warner Bros. Records with complete creative control; at 19, his debut album, For You (1978) was released – Prince played all 19 instruments on the record.

Influenced by the likes of Miles Davis, Rick James, and James Brown, Prince desired to form a music dynasty and after the success of his next albums – the platinum-selling Prince (1979), the sexually-charged Dirty Mind (1980), and politically-motivated Controversy (1981) – he negotiated for the ability to form his own label and manage artists of his own. Prince’s trademark sexual/religious rhetoric within pop-and-dance, funk-rock sound gained him a following, but his opening slates for Rick James and The Rolling Stones were both negatively received and facing bankruptcy, the young artist began to reach for mainstream popularity. Cashing on the drug-influenced doomsday mania of the times, 1982’s 1999 easily achieved that mainstream appeal, landing him on MTV, music charts, and radio stations across the world.

Soon after, Prince and Warner Bros. began forming his vision for a blockbuster film/album combo, and after numerous cast changes and film re-writes throughout production, they finally completed both in 1984. Prince’s touring band transformed into The Revolution in time for the release of Purple Rain, which also starred Morris Day and the Time and Apollonia Kotero. The accompanying album has been certified 13x Platinum and produced Prince’s first two #1 singles, “When Doves Cry” and “Let’s Go Crazy.” Its success gave Prince not only superstar, but “mega-superstar” status, alongside Michael Jackson, Madonna, Stevie Wonder and Whitney Houston.

In 1990 came a new era – named after his song, Prince formed The New Power Generation (NPG), first as a band, then a record label, and later as an outlet for non-Warner Bros. approved releases. His frustration with the restraints of the recording industry came to head in the mid-90s, alongside that of fellow pop star George Michael and he performed with ‘SL4VE’ written on his face. Eventually, in efforts to avoid contractual obligations and restrictions, he changed his entire identity to that infamous unpronounceable symbol, only allowing himself to be referred to as The Artist Formerly Known As Prince, from 1993-2001.

This caused a decline in his popularity, but Prince definitely didn’t care. He allowed the release of previously-blocked compilations and numerous ‘dropped’ recordings until he had fulfilled his contract in 1996. Starting with that November’s Emancipation, Prince finally became a completely independent musician, ending his martyrdom and transforming into a pioneer for indie musicians everywhere, all before the age of 40. He took to a serious religious life away from the public, yet still made major impacts on the music industry through the turn of the century – he had established his own recording studio/label/residential complex Paisley Park Records, as described in the song of the same name, and landmarked the internet e-market for music, offering toll-free numbers and members-only websites to distribute products directly to the consumer. As it became more advanced however, he denounced the internet as ‘over’ and staged a self-removal of his entire catalogue and presence online. He used his status and wallet to influence artists toward independence and recognize many philanthropic ideals (notably hack-a-thons, veganism, and the Black Lives Matter movement later in life), and talked in detail about conspiracy theories and his distrust of the American government.

He returned to the mainstream in the 2000s by becoming Prince again, being inducted into the Rock and Roll Hall of Fame, recording the Grammy-awarded Musicology (2004), and leading a rain-powered Super Bowl performance, which was the pinnacle of many legendary shows he gave throughout his career. He returned to Warner Bros. in 2014 with Art Official Age, in association with yet another band, 3rdeyegirl.

On April 21, 2016, five months after the release of his 39th studio album HitNRun Phase Two, Prince was found unresponsive in an elevator at Paisley Park and pronounced dead at the age of 57. An autopsy revealed the musician passed on due to an accidental fentanyl (painkiller) overdose. After some contention, his estate – including the majority of his recordings – has passed to his half-sister Tyka.

Prince’s metaphorical yet incredibly explicit music – coupled with performances in underwear only, splits and kicks in high heels, and yes, those infamous ‘chap-less’ pants – made him incomparable to anyone else in the history of music. He is recognized as one of the best live acts to ever pick up a mic. He also personally assisted the careers of countless artists and his music has been recorded to the success of many others (Common, Chaka Khan, LeToya Jackson, Sinéad O'Connor, TLC, Toni Braxton, etc.) Even at the heights – and end – of his career, he composed, produced, and wrote most, if not all of the music on his recordings. In addition to his thousands of released or performed songs, Prince kept several unreleased songs catalogued and locked in secret at the Paisley Park complex, commonly referred to as “the vault” (giving the name to the 1999 compilation The Vault…Old Friends 4 Sale), which has since been opened and archived in conjunction with Paisley Park staff, the Prince estate, and Warner Bros.

President Barack Obama’s statement upon learning of his death comes close to summarizing Prince’s career: “Few artists have influenced the sound and trajectory of popular music more distinctly, or touched quite so many people with their talent,” he said. “As one of the most gifted and prolific musicians of our time, Prince did it all.” 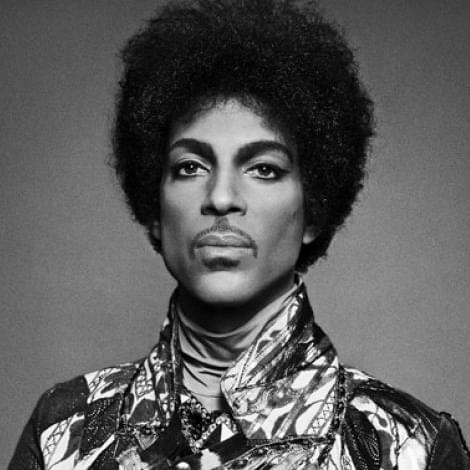