Radiohead emerged from the shadow of ‘90s Brit-pop with a sound that was moody, melodic and explosive; with roots planted firmly in both alternative culture and the art-rock legacy of such groups as Pink Floyd, R.E.M., The Smiths, and Talking Heads—from whose song they derived their name.

They formed in 1985, as On A Friday, named after the day they’d usually rehearse. The line-up hasn’t changed since: Thom Yorke (guitar/vocals), Ed O'Brien (guitar), Philip Selway (drums) and brothers Colin and Jonny Greenwood.

In 1991, they signed with EMI, changed their name to Radiohead, and recorded their first EP, Drill. They released the record in 1992, and it made little impact, debuting on the UK Charts at #101. It wasn’t until their catchy 1992 single “Creep” became a massive hit that the band was launched into the limelight.

When the band released Pablo Honey in 1993, however, most critics believed they would be a one-hit wonder—an opinion they proved wrong with 1995’s The Bends; a much more complex and mature sophomore effort, which spawned several successful singles. With the release of 1997’s OK Computer, their newfound status was solidified. It was widely considered to be the best record of the year and listed among the most important rock albums of the 1990s. Radiohead became one of the most closely watched and influential bands of that decade.

Their response to the hype was two experimental follow-ups: Kid A and Amnesiac. Venturing into a less radio-friendly territory, Radiohead was now far from their Brit-pop beginnings, taking more influence from avant-garde composers such as Krzysztof Penderecki, Olivier Messiaen, and Scott Walker. Their lyrics also became more politicized.

As of 2003, they released their sixth album, Hail to the Thief, lyrically influenced by “the general sense of ignorance and intolerance and panic and stupidity” as Thom Yorke suggested. It was also regarded as Radiohead’s most political act to date, fueled with anger and objection, because of the themes based on the US election and George W. Bush candidacy.

During the recording of their next album, In Rainbows, Radiohead was considered as the most popular unsigned band in the world since the band parted ways with EMI. However, they made a bold decision to publish their album online without a distributor, and their most controversial act was to sell the album at whatever price the audience intended to pay (including 0€) and the album sold more copies than their previous albums. In Rainbows peaked #1 in US and UK Billboard charts, won two Grammy Awards, and was placed among Rolling Stone’s top 500 albums of all time.

After four years of absence, Radiohead released another disputable album, King of the Limbs, that was not acclaimed by fans and critics as their previous works were. King of the Limbs was their shortest album to date that felt small but natural evolutions of previously explored directions; The album was considered to be an interaction between the technology and the natural world.

With A Moon Shaped Pool, Radiohead took on a more personal journey, moving beyond their existential dreads.

Up to 2019, Radiohead has released nine studio albums, always experimenting with new sounds as well as alternative marketing strategies— especially since going independent with the release of their acclaimed 2007 album In Rainbows.

Since the mid-2000s, band members have also worked on side projects, with the bands Atoms for Peace and 7 Worlds Collide. Thom Yorke began working on solo records, starting with 2006’s The Eraser, moving forward to publish Tomorrow’s Modern Boxes, and ANIMA. Additionally, Jonny Greenwood collaborated with Paul Thomas Anderson to compose soundtracks for the movies There Will Be Blood (2007), The Master (2012), and Phantom Thread (2017). 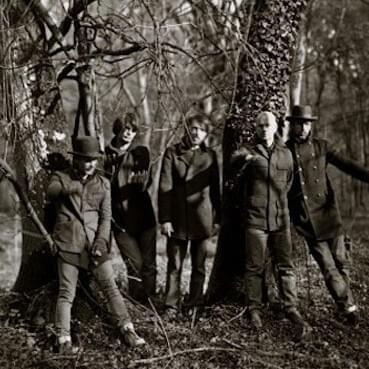