Gravediggaz is an American hip hop group from New York City, well known for its dark sense of humor and abrasive, menacing soundscapes. The group was formed in 1994 and was effectively a supergroup, bringing together Prince Paul (The Undertaker), Frukwan (The Gatekeeper), Poetic (The Grym Reaper) and RZA (The RZArector). Its inception was largely due to the efforts of Prince Paul. The group is widely credited as being one of the most influential and pioneering groups in the small hip-hop subgenre of horrorcore

According to Frukwan, the group’s name means “digging graves of the mentally dead, and it stood for resurrecting the mentally dead from their state of unawareness and ignorance."Gravediggaz is widely known as a pioneer in the genre of horrorcore, focusing primarily on issues presented as macabre black humor (such as suicide, death, killing, psychopathy, hell, etc..), as a way of presenting social criticism towards the music industry. 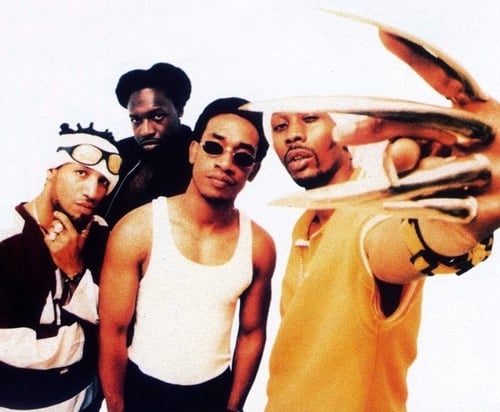