Walter Reed, best known as the conscious rapper Killah Priest, was born on August 17, 1970 and raised in Brooklyn, New York. He made a name for himself as a hip hop artist in the mid-1990s thanks to his guest appearances, but did not release his first album, Heavy Mental, until 1998. In addition to his solo work, Priest is an affiliate of the legendary rap cooperative, Wu-Tang Clan and was also a part of former rap supergroup the HRSMN along with Canibus, Ras Kass, and Kurupt. Over the course of his career he has released 11 studio albums and two mixtapes.

Priest is known for intensely spiritual lyrics loaded with metaphors and religious references, and for controversial and political subject matter. Although he has been linked with black nationalist religious/philosophical groups such as 5% Nation and the Black Hebrew Israelites through his rhymes, Killah Priest is now a secularist. He gave a talk at the 2015 atheistic/secularist “Mythinformation Conference” in 2015. 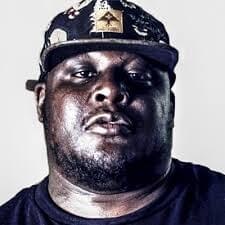