Like Black Sabbath and Iron Maiden before, Metallica has managed to transcend the genre from which it was originated. To their metal fanbase they are considered one of the Big Four bands of thrash metal, alongside Megadeth, Anthrax and Slayer; however Metallica is also one of the most commercially successful bands in all of rock music, having sold 110 million records including the 16x platinum Metallica, which stands as both the highest selling metal album of all time and most successful album of the past 25 years.

Metallica was formed in 1981 in Los Angeles after drummer Lars Ulrich placed an advert in the classifieds newspaper The Recycler, which was answered by singer/rhythm guitarist James Hetfield. They were soon joined by lead guitarist Dave Mustaine, who later formed Megadeth after being kicked out of the band because of his substance and alchohol abuse, and bassist Ron McGovney, a childhood friend of Hetfield. These two early members were replaced with Cliff Burton (who relocated the band to San Francisco) and ex-Exodus lead guitarist, Kirk Hammett to form the band’s classic line-up.

The band chose to go on, and after lengthy auditions selected Flotsam And Jetsam bassist Jason Newsted. They produced 1988’s Grammy nominated …And Justice For All, which included the 1989 Grammy winning single “One.” The bleak and overtly complex nature of the album inspired the band to seek a stylistic change. With Mötley Crüe producer Bob Rock, Metallica recorded the more mainstream sounding self-titled fifth album Metallica. Released in 1991 and featuring various successful singles, the so-called “Black Album” launched them to commercial success as stadium rock staples.

The rest of the 1990s had Metallica releasing more blues-influenced hard rock with 1996’s Load and its companion album 1997’s Reload. Whilst the band’s creative output during this period was markedly different from their earlier metal roots, they continued to sell out stadiums, top charts and push the boundaries of rock music; both Load and Reload debuted at number one on the US Billboard charts, while the 1999 live album S&M featured the San Francisco Symphony orchestra in a daring cross-genre move.

However, it was not all positive. Lars Ulrich found himself at the centre of a war with file-sharing network Napster, and later being hospitalised following anxiety attacks when on tour, whilst James Hetfield checked into rehabilitation to deal with chronic alcohol abuse. After an (in)famous Playboy magazine interview in 2001, Jason Newsted left the band; Bob Rock covered the bass playing in the recording sessions for 2003’s St. Anger. With lyrics conveying the band’s angst (as documented in the frank 2004 video documentary Some Kind of Monster), and a controversial sound change featuring no solos and trashcan sounding drums, St. Anger achieved commercial success, but was widely criticized by reviewers and fans. For the tour, the bassist role was eventually filled by Robert Trujillo, formerly of Suicidal Tendencies, Infectious Grooves and Ozzy Osbourne’s band (with the latter taking Newsted as his bassist).

In the aftermath of St. Anger, as well as a resurgence in the popularity of metal, the band decided to return to their earlier roots and in 2008 released their ninth studio album, the Rick Rubin-produced Death Magnetic. The album was critically appraised and again debuted at #1 on the US Billboard chart, making them the first band to have 5 consecutive albums debut at #1.

On April 4, 2009, Metallica was inducted into the Rock and Roll Hall of Fame.

Their tenth album Hardwired… To Self-Destruct was released on November 18, 2016. It received good reviews and topped the Billboard 200, making them one of four artists with six #1 debuts (the second group, after the Dave Matthews Band; the overall record is 7 by Kanye West). 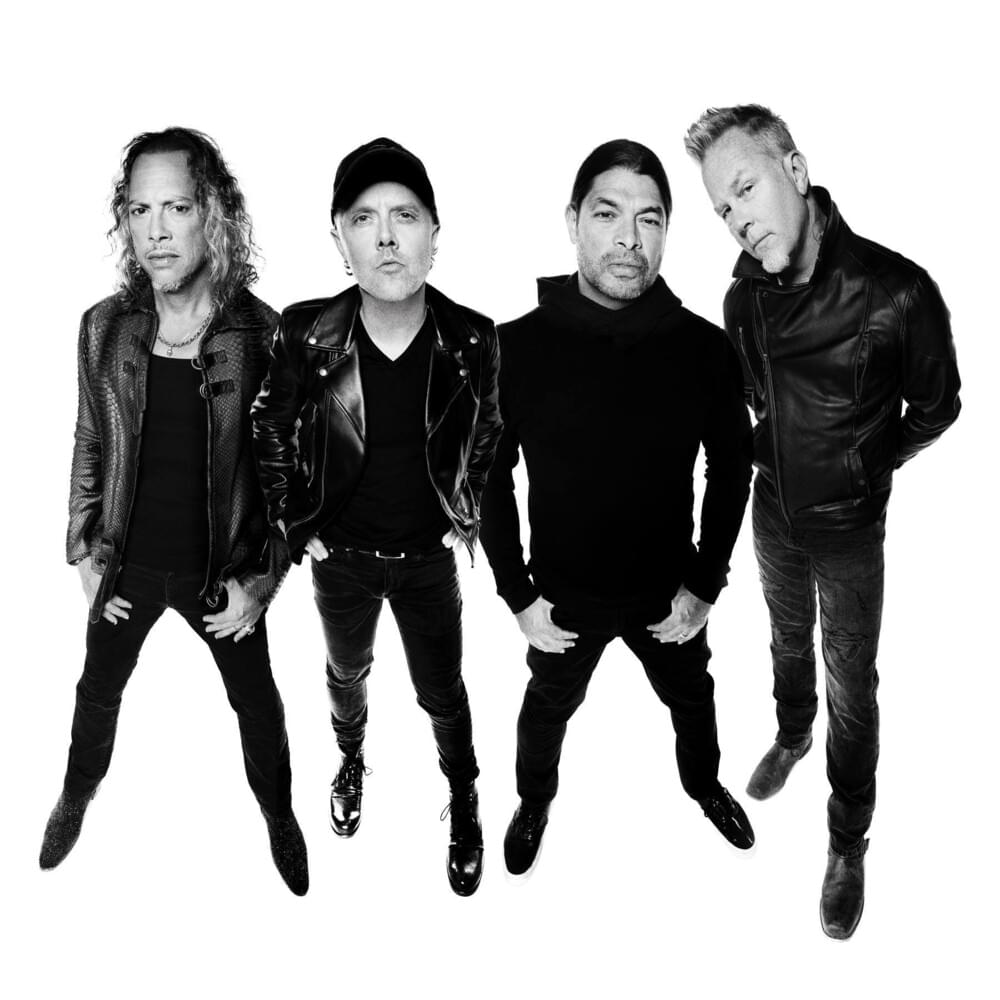