Panic! at the Disco

Named after a line from Name Taken’s “Panic,” Panic! at the Disco was formed by drummer Spencer Smith, bassist Brent Wilson, guitarist Ryan Ross, and vocalist Brendon Urie, and founded in 2004 in Las Vegas, Nevada. While crafting pop-influenced songs with theatrical themes, quirky techno beats, and perceptive lyrics, they received some much-deserved attention.

They became the first group signed on Pete Wentz’s (bassist in Fall Out Boy) record label, Decaydance Records (now DCD2 Records). Their hit song that started it all, “I Write Sins Not Tragedies,” remains one of their top two top forty songs along with “Hallelujah.”

They have released six studio albums: A Fever You Can’t Sweat Out, Pretty. Odd., Vices & Virtues, Too Weird to Live, Too Rare to Die!, Death of a Bachelor, and now their most recent album Pray for the Wicked. These last two albums were actually solo projects from Brendon Urie, since all the other members of the band had already left the group before their release dates; in 2006, bassist Brent Wilson was fired due to his “lack of responsibility and the fact that he wasn’t progressing musically with the band.” And in 2009, guitarist Ryan Ross and bassist Jon Walker left the band to “embark on a musical excursion of their own,” forming The Young Veins. Dallon Weekes, who joined the band as a bassist and songwriter in 2009, had become a touring member only by the time Death of a Bachelor was released and later left the band completely in order to focus on his own music. Weekes was replaced by Nicole Row, the first female member of the band.

Along with the release of Pretty. Odd., the group revealed a new logo for their name, which excluded the use of the renowned exclamation point. Guitarist Ryan Ross explained how it was becoming a nuisance.

At least for me, it got a little bit annoying to try to write that every time you’re typing the name. It was never part of the name to us…People started writing it, and then it ended up in more and more things like that, so there it was. When we started doing new promo stuff for this album, we just told everyone not to use it anymore.

However, the new logo didn’t last very long. The following year in 2009, drummer Spencer Smith wrote about their upcoming single, “New Perspective,” on the group’s website. Smith signed the note as “Spencer of Panic! at The Disco,” signifying the return of the exclamation point.

In regards to why they brought it back, Smith said:

For me and Brendon, there were aspects of our first album that did sort of go away on Pretty. Odd. that we’d like to bring back to our band. There was some theatricality and some different styles of music, and we want to make a record that is drawing from both our previous albums. And it just seemed like it would be a fun thing for our fans. Hopefully, there’s less of a big deal [made] about it coming back than there was about it going away. It seems like a new chapter, so having that as part of the band seemed like something we could bring back. 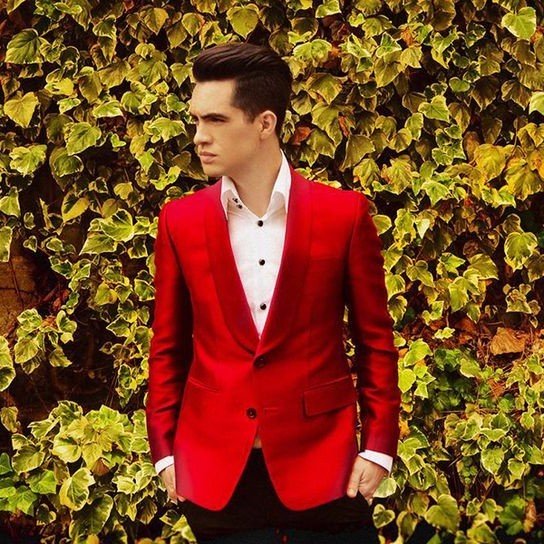