BTS is a South Korean pop (hip-hop influenced) group consisting of RM, Jin, SUGA, j-hope, Jimin, V and Jung Kook. The group’s name is an acronym for ‘Bangtan Sonyeondan (방탄소년단)’ which translates into ‘Bulletproof Boy Scouts.’ They also uses ‘Beyond the Scene’ as the English meaning of the acronym.

BTS are heavily involved in their music production, 90 percent of their lyrics are penned by the members and some of them also act as producers.

The group combines various genres of music, ranging from pop sounds like on “I Need U,” hip-hop (“욱 (UGH!)”) or moombahton (“피 땀 눈물 (Blood Sweat & Tears)”), to British rock in “봄날 (Spring Day).” Lyrically, they lean heavily on the struggles and excitement of youth, but they also criticize social issues through songs like “뱁새 (Silver Spoon)” and “Am I Wrong,” causing them to be perceived as one of the more socially conscious k-pop artists.

The combination of their musical storytelling and aesthetic, powerful and heavily choreographed stage performances, and sneak peeks into their daily life through social media has earned them a loyal fanbase called ARMY.

The septet debuted on June 13, 2013 with “No More Dream,” of their debut single album 2 Cool 4 Skool, which encourages their listeners to achieve their dreams. Throughout their various mini albums and a first studio album, Dark & Wild, BTS continued to display a rebellious concept with the addition of a newfound romance. The studio album also marked the end of the ‘school era.’

In 2015, they wholly evolved through ‘HYYH (The Most Beautiful Moment In Life) era,’ releasing three mini albums and defining themselves through referencing youth-related struggles and mental health in their lyrics.

In 2016 they released their second studio album, Wings. The album thematically deals with temptation and growth and is heavily inspired by the Hermann Hesse’s novel, Demian.

In 2017 the group revealed a new brand identity—the new logo and they extended their name with ‘Beyond the Scene’ as the additional acronym for BTS. The group also began their ‘Love Yourself’ era, with two mini albums and their third studio album, Love Yourself: Tear. Following this, BTS became the first-ever K-pop group to win the Billboard Music Award. They went on to win this award for the second time in 2018, overtaking other international superstars, and they debuted their song, “FAKE LOVE” on television at the BBMAs, another feat never seen before in the K-pop industry.

Also in 2017, as the first Korean artist, BTS joined the United Nations Children’s Fund (UNICEF) to stage campaigns against violence toward children and teens around the world. One year later, BTS made history being the first K-pop group to speak at the United Nations (UN) General Assembly and were awarded the fifth-class Hwagwan Order of Cultural Merit by the President of South Korea for the contribution to Korean culture.

In 2019 with a mini album they’ve started ‘Map of the Soul’ era. They made history by becoming the first K-pop act to perform at Saturday Night Live, debuting their song “Boy With Luv,” gaining another achievement in the K-pop scene. Following this, they were nominated for and earned two Billboard Music Awards, in the category of Top Social Artist and Top Duo/Group, becoming the first K-pop group to achieve the latter.

Their fifth Korean studio album, BE, was released on November 20, 2020 with the lead single “Life Goes On.” The single debuted at # 1 on Billboard Hot 100, the first predominantly non-English-language song to do so. They later become the first Korean pop artist to be nominated for the GRAMMY Awardsundefined (for Best Pop Duo/Group Performance with “Dynamite”). 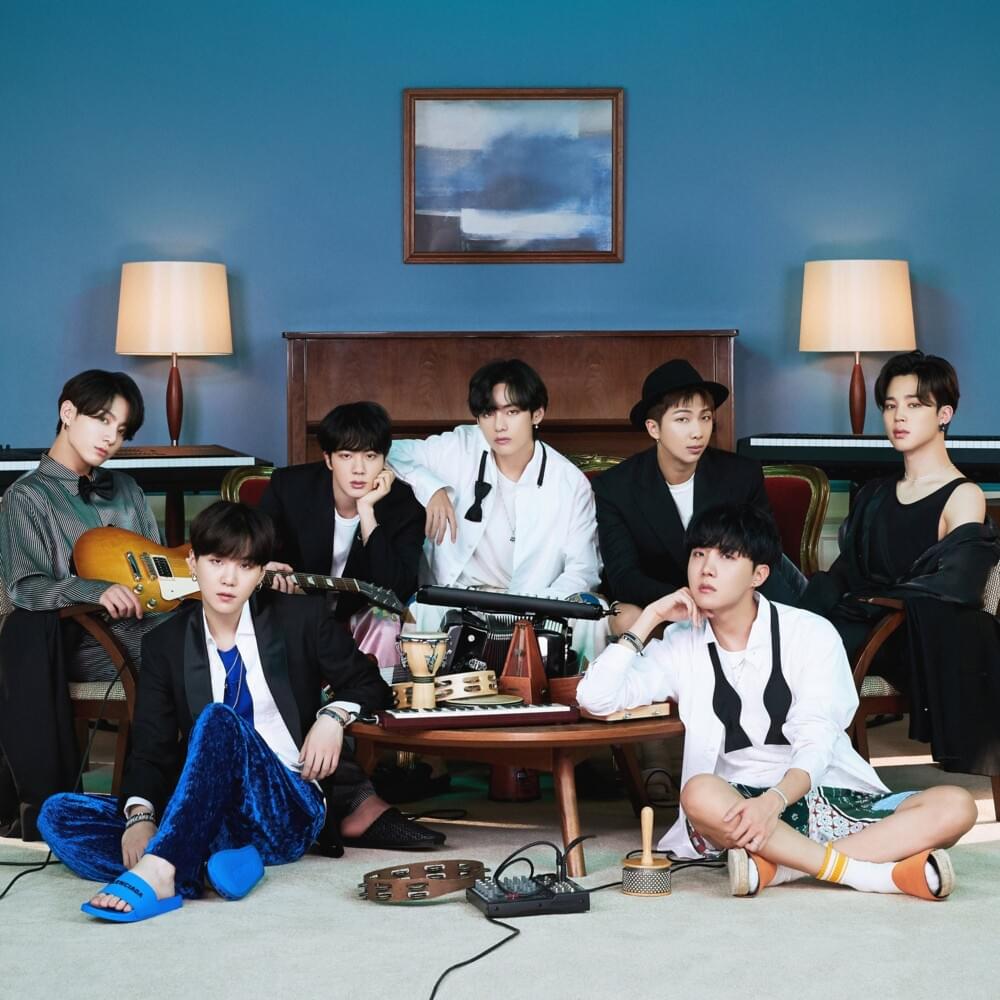