Tekashi began writing songs as a teenager under the names Wallah Dan, Danny Loaf, and Tekashi69 before finally settling on 6ix9ine in 2017. That same year, Tekashi befriended Ohio rapper Trippie Redd who introduced himself to the hip-hop world on a large scale when their song “Poles1469” became a viral hit.

6ix9ine gained further attention in October 2017 with the release of his solo single “GUMMO”, a top fifteen hit on the Billboard Hot 100. He followed this success with his Nicki Minaj and Murda Beatz assisted single “FEFE” in July 2018, which peaked at #3 in the US. Another single, the Bobby Shmurda featuring “STOOPID,” gained attention on the charts as well before Tekashi released his debut album DUMMY BOY in November 2018. The album was a critical failure, but was a commercial success, peaking at #2 in the US despite being released halfway through the album tracking week.

Tekashi’s legal history has gained much attention, sometimes more so than his musical endeavors. In 2015, 6ix9ine pled guilty to charges of “use of a child in a sexual performance,“ which has since become his most noted criminal offense. Days before the release of DUMMY BOY, Tekashi was arrested for racketeering and firearms offenses tied to his involvement in the Nine Trey Bloods gang. In January 2019, Tekashi pled guilty to all nine of his charges, including racketeering, conspiracy, firearms offenses, and narcotics trafficking. In 2019, his minimum sentence originally sat at 47 years in federal prison, but in December 2019, after testifying against the Nine Trey Gangsters, he was sentenced to 2 years. These charges have since left the future of Tekashi’s music career unclear.

On April 2, 2020, Tekashi was released early from prison due to his health problems with asthma, which put him at risk at contracting COVID-19.

On May 8, 2020, Tekashi released his first single since prison release, titled “GOOBA.” The song broke the record of most viewed hip-hop video within 24 hours, which was previously set by Eminem. Shortly after, on June 12, he followed the single up with “TROLLZ,” a duet with Nicki Minaj. The song debuted at #1 on the Billboard Hot 100 with the highest first-week pure sales of 2020, and became 6ix9ine’s first chart-topper. 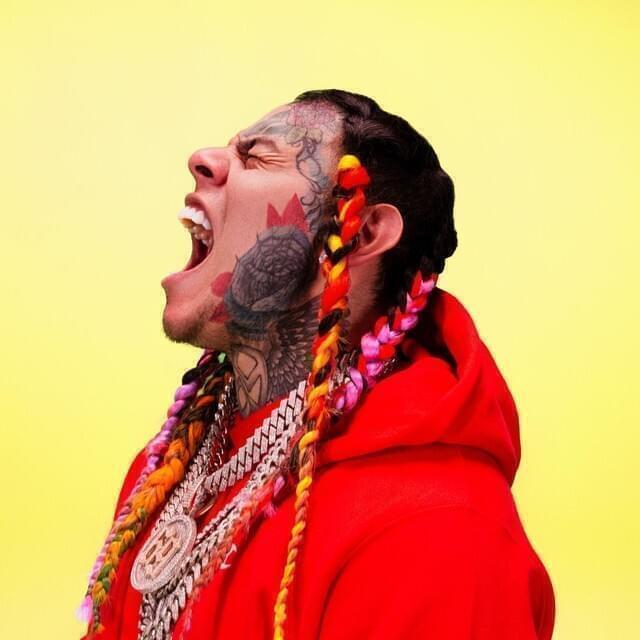