One of Britain’s biggest pop acts, Robbie Williams is an English singer-songwriter. He originally rose to fame in boy band Take That but left the group in 1995 to pursue a solo career.

He released his debut album, Life Thru a Lens, in 1997. Although slow to take off, after the success of single “Angels”, the album rose to No.1 in the UK charts. Then his second album, I’ve Been Expecting You, became an even bigger success. Released in 1998, it produced hits “Millennium”, “Strong” and “She’s the One”.

His seventh album Rudebox, released in 2006, while commercially successful, was panned by critics for the change in musical direction and sold below expectations. The following year, Robbie went to rehab for an addiction to prescription pills. He came back in 2009 with his eighth album Reality Killed the Video Star and although commercially successful and named his “comeback album”, it was his first studio album not to reach number one on the UK Albums Chart. The lead single was “Bodies”.

In 2012, he released his ninth album Take The Crown. Preceded by hit single “Candy”, written with fellow bandmate Gary Barlow, the album debuted at #1 in the UK charts and was well received by critics.

In 2013, he recorded his second big band album Swings Both Ways. Unlike last time, though, this album features an equal mix of both covers and original material. The album marked his first major work with Guy Chambers and was also Robbie’s eleventh album to top the UK Albums chart.

In 2016, Robbie released his eleventh album The Heavy Entertainment Show, with singles “Party Like a Russian” and “Love My Life”. It proved to be another #1 album in the UK, and has received generally positive reviews. 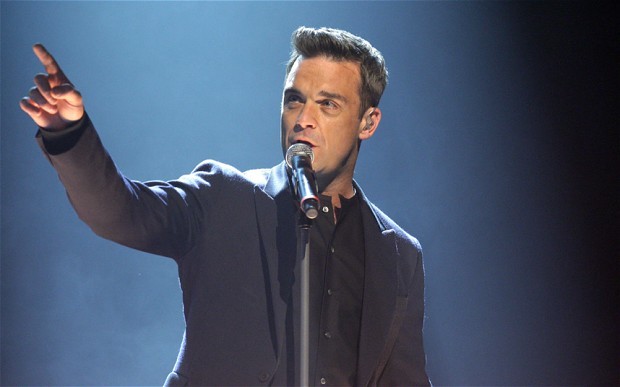