One of the defining artists of the 2010s, Taylor Alison Swift, born December 13th, 1989, is an American singer-songwriter and actress who has achieved success in both country and pop. Raised on a Christmas tree farm in Pennsylvania, Swift moved to Nashville, Tennessee at age fourteen to pursue a career in country music. Scott Borchetta signed Swift to his then-nonexistent label Big Machine Records after seeing her perform at the Bluebird Cafe in November 2004.

Swift debuted in June 2006 with “Tim McGraw,” an ode to a lover who would be leaving town. The song served as an introduction to her self-titled debut album, which touched upon topics like heartbreak and bullying Swift faced at school. Her honesty and relatability appealed to fans from all walks of life, and went on to become the longest-charting album of the 2000s, spending 227 weeks on the Billboard 200.

Swift’s sophomore effort, Fearless, came in November 2008 and cemented her status as a country superstar, while tracks like “Love Story” and “You Belong With Me” also garnered mainstream attention. Not only did the record become her first number one, but it also became the most-awarded country album of all time, winning accolades such as the Grammy award for Album of the Year. Until Billie Eilish’s 2020 win, then-20-year-old Swift was the youngest person to have ever received the honor.

Following the success of Fearless, some had doubts about Swift’s songwriting abilities, and Swift wrote her third album, Speak Now, alone to prove herself. It became the fastest-selling digital album by a female artist in the U.S., selling over 278,000 digital downloads in its first week, and although it lost critic’s-choice awards like the ACM Album of the Year and Grammy for Best Country Album, it saw great success at fan-influenced shows like the Billboard Music Awards.

Before releasing Red in October 2012, Swift began straightening her signature curly hair, signaling a new era in her personal life and career. After going through a whirlwind heartbreak, she channeled her emotions into fan-favorite songs like “All Too Well,” which Rolling Stone named as the best song of the 2010s. Despite being a cult-classic, Red infamously lost the Grammy for Album of the Year, pushing Swift to change her sound and approach to music.

October 2014’s 1989 was Swift’s official entrance to the pop music scene, and it cemented her status as a musical titan, becoming the only album of 2014 to sell over a million copies in its first week and spending five non-consecutive weeks at #1. She also won the coveted Grammy for Album of the Year, using her acceptance speech to applaud hard-working women and becoming the first woman to win Album of the Year twice, and for different genres. Lead single “Shake It Off” became one of her biggest hits, earning Swift her first diamond single by March 2020.

Around the time of her triumphant Grammy win, Swift became entangled in a highly-publicized feud with rapper Kanye West, who claimed that his interrupting her speech at the 2009 Video Music Awards was what “made [her] famous” on his track “Famous.” After standing up for herself and claiming West never told her he would call her a “bitch” on the song, the public turned against Swift and began calling her things like a “snake” and a liar on social media.

Following the backlash, Swift took a hiatus from the spotlight, breaking her typical cycle of releasing an album every two years. During this time, Swift worked on songs like “This Is What You Came For,” which she wrote for then-boyfriend Calvin Harris under a pseudonym, “Better Man,” which she wrote for country group Little Big Town, and “I Don’t Wanna Live Forever,” a collaboration with ZAYN that appeared in the film Fifty Shades Darker.

In August 2017, Swift took a DJ who groped her to court, after he tried to sue her for defamation. She counter-sued for a symbolic $1 and the jury decided in her favor. Swift told TIME that she went through with the trial to stand in solidarity with other survivors of sexual assault, which was especially poignant in the face of the #MeToo Movement that was rising at the time.

Just days after the case concluded, Swift wiped her social media accounts to tease the release of “Look What You Made Me Do” and her sixth studio album, November 2017’s reputation. Despite the previous summer’s conflict, the record had her biggest sales week to date, debuting at #1 and selling 1.2 million copies in the U.S. in its first week, more than all the other 199 albums on the Billboard chart combined. It also went on to become the best-selling U.S. album of 2018, despite its 2017 release, and won accolades like the American Music Award for Favorite Pop/Rock Album.

reputation was Swift’s last album with Big Machine Records before signing with Republic Records. Following her new contract, Scott Borchetta sold Big Machine Records to entertainment mogul Scooter Braun. Swift took to social media to describe her disappointment, but vowed to re-record the albums Braun purchased so she could be the full owner.

Swift’s dedication to artistic ownership became a large focus of the Lover era — she co-produced most tracks on the album, as well as directing or co-directing each music video, including “ME!” and “Lover.” Swift also became politically vocal, starting with an October 2018 Instagram post about the U.S. midterm elections and continuing with acts like her support of the LGBT community on “You Need to Calm Down.”

In November 2019, the American Music Awards named Swift as the Artist of the Decade, and she performed a medley of some of her biggest hits at the ceremony. That night, she also beat Michael Jackson’s record to become the artist with the most AMA wins in history, earning her 29th award. The next month, Billboard named Swift their Woman of the Decade.

In January 2020, Swift released Miss Americana, a documentary directed by Lana Wilson that offered fans an unprecedented glimpse into Swift’s everyday life and decision to speak up about politics, alongside “Only The Young”, a political track she wrote while recording Lover.

In July 2020, Swift released her eighth studio album, folklore, after announcing it the day before, making it her first “surprise” release. While most of her work is autobiographical, she notably focused on telling other people’s stories throughout the record. She went on to release The Long Pond Studio Sessions on the streaming service, Disney+, where she performed folklore live for the first time. folklore won the Grammy Award for Album of the Year in February 2021, making Swift the first woman and fourth artist overall to win Album of the Year three times.

Swift released the follow-up project evermore in December 2020, expanding the stories she told on folklore as well as becoming her second surprise release. It featured collaborations with Bon Iver, who also appeared on folklore, her long-time friends in HAIM, and The National, whose member Aaron Dessner was a key collaborator and producer throughout both folklore and evermore.

Swift shifted her focus to her back-catalog in 2021, vowing to rerecord her first six albums to regain legal ownership. She kicked off this release cycle with “Love Story (Taylor’s Version)” in February 2021, which preceded the release of Fearless (Taylor’s Version) in April. To make these releases more exciting for fans, she added “Vault” songs that she never released to each rerecording. 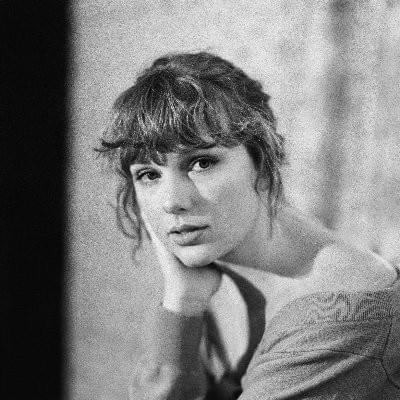